Starting with version 3.9.91, we have supported the feature that allows ESPrtk to encrypt data that runs through the stream.

When the data is encrypted, this means that all the information inside the data will be scrambled, jammed… Only devices with the decryption key can restore the data to its original state. .

In this way, the RTCM/UBX/SKYTRAQ/RAW … data flowing through the stream will be protected (the content cannot be read and analyzed/parsing if encrypted).

Using this feature will also allow users to commercialize RTCM data from the RTK BASE station (PUSH_OUT) by managing/distributing/selling decryption keys to ROVER side users (PUSH_IN).

ESPrtk supports AES_128 and AES_256 encryption algorithms. (A form of the most powerful and secure algorithm available today, it takes 1000 million years to decrypt by Brute-force attack method if you want to crack it!).

On ESPrtk 3.9.91, This feature supports on threads running through the following types of main actions:

RTCM/UBX/SKYTRAQ/RAW data will be encrypted and encapsulated in ESPRTK encrypted message format before being push out (sent).

Enable this feature by selecting one of two encryption types, AES_128 or AES_256, in the drop-down menu of the UART_CONFIGURE tab page.

The input data is an encrypted message in ESPRTK format. This data will be decoded automatically before entering the FATP stream processor.

Enable this feature by enabling the “Decrypt Stream PUSH IN” flag in the UART_CONFIGURE tab. This feature requires providing a 32 Byte decryption key.

The decryption key is generated using the encryption key generator. Read detail in below .

Let’s start with an example for 1 BASE station and 3 Rover.

For example, the ID of each Rover in turn is:

We will build a BASE station to send RTCM data to the Rovers , and RTCM data needs to be encrypted to ensure data security (only Rover side users with valid decryption keys can recover encrypted RTCM data).

First, the Base station manager (Admin) will generate a 32 BYTE HEX string as the encryption key on the BASE side.

Note: Admin does not share/disclosure this key string to anyone!

Then enter the input frame with 2 formats:

Press the ‘SEND+’ button, we get 3 corresponding keys for 3 users.

These keys will then be provided to the user corresponding to the ID on their device.

Example to configure on Base and Rover .

Is a combination of 2 functions Encryption and Decryption if enabled at the same time.

ESPrtk will simultaneously decrypt, parse and re-encrypt one more time.

This will allow the model to work with multilayer mode. 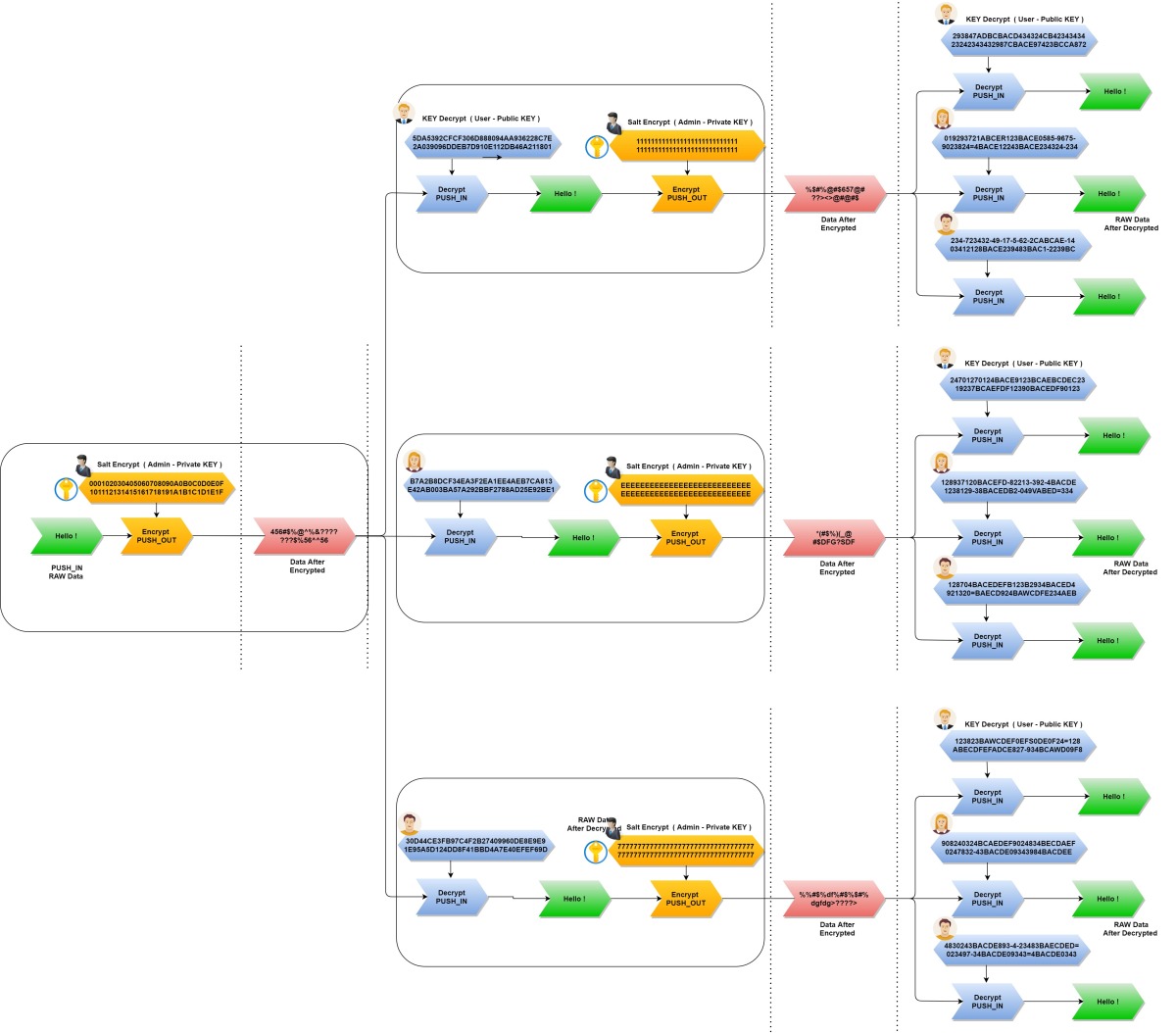 Ban or Block the device by ID.

You can block any user (device) without changing the encryption and decryption keys of the entire system.

Do this by adding the ID of the device the admin wants to block into the encrypted stream.

If there is more than 1 device, each ID will be separated by a comma.

Devices in the ID block list will not be able to decode the signal because it is blocked.

Devices that are NOT in the ID block list can decrypt data as usual.

What if the Rover user’s Encryption key is disclosured?

As you can see, the decryption keys for each user are different and only valid on that device. The disclosure of a certain user’s key on the Rover side will not affect the security of the remaining keys!

What if the Encryption key at the BASE station is disclosured?